It is shocking at best that people come to Hawai'i to enjoy the Hawaiian culture, weather, the sun and fun of being here in this "Paradise," yet have complete disregard for the spiritual culture of this land. As Kanaka Maoli, we consider many places sacred and were taught from a young age how to pay tribute to places like grave yards, heiau, sacred mountains and such. Yet other people that move here can plow over our Iwi Kupuna (ancients bones), build on the sacred mountains, plow over temples, pollute streams and oceans, degrade our Hawaiian Language, try to be Hawaiian Priests and use the ancient knowledge for their selfish desires. These Haole (foreigner) people never cease to amaze me with their ignorance and disregard for the sacredness and spirituality connected to our ancient burials.

Saturday, June 24, 2003, at 1:30 in the afternoon, I got a call from the Madella Family, who are descendants of the Kalawaia Burials on Maliko Point, that Sky Lewis was having a wedding on the burial grounds. Lewis purchased the property on top of Maliko Gulch (past Paia Town) several years ago. In clearing the area, he found numerous ancient Hawaiian burials and worked out an agreement with the Maui/Lanai Island Burial Council, and the descendants of the Kalawaia Family, to keep in preservation an area of his front yard, delineated by a fence, and that he would maintain the area where the graves were. Buffer zones of 30 feet in diameter were set up and it was agreed nothing would take place on this property, out of respect for the people that are buried there. The Department of Land & Natural Resources Investigative branch were called and the Maui Police Department Officers were called by Lewis. Pictures and measurements were taken by the officers. Here are some pictures I took of the tents by the burials.

Reception on sacred ground draws protest
The Maui News, May 25, 2003

Here is the
website of Robin Williams Wedding business
which shows the Maliko Burials. 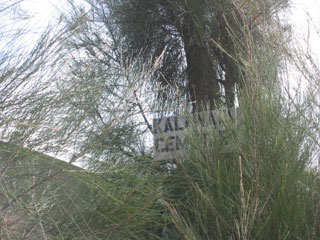 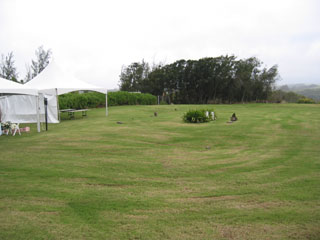 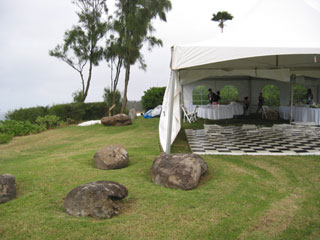 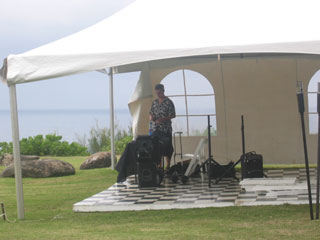 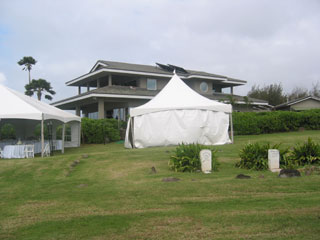 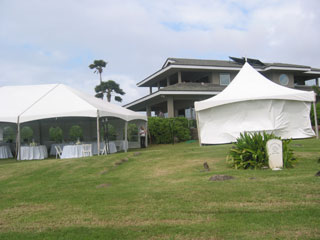 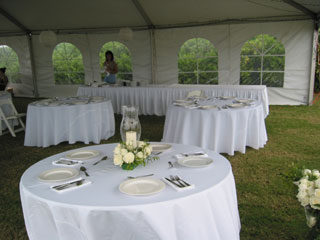 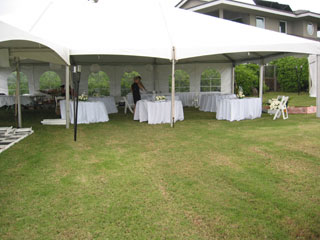 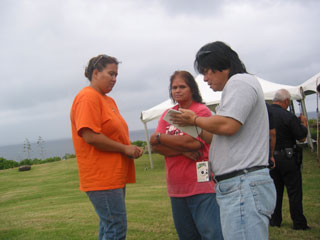 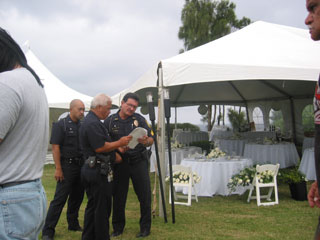